A classic formula of Luther is simul iustus et peccator – simultaneously justified and a sinner. This formula concisely sums up the reformation view of justification. Traditionally, the Catholic Church has taken issue with this formula, however I argue that it really doesn’t need to; it doesn’t take much effort to interpret the formula such that it becomes a concise summary of the contemporary Catholic understanding of justification. 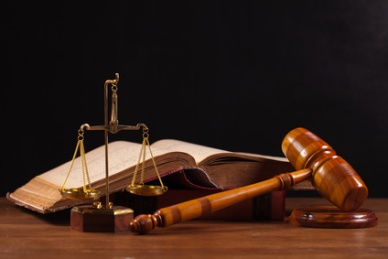 The protestant understanding of Justification is forensic. Protestants like to define Justification as “to be declared righteous”. So if someone is justified, this is meant to imply that God has decreed that the person in question is righteous, regardless of the reality of the situation. In fact, this declaration is made contrary to the reality of the situation. The Justified man is still a totally depraved sinner, incapable of doing anything good on his own; he is completely and entirely evil to the core. In the protestant view of things, the sinner is so far gone that it is impossible for God to heal them. However in order to get around this situation God performs a magic trick called double imputation. This is where the sin of the sinner is wrapped up and exchanged with the righteousness of Christ. The sin of the sinner is imputed to Christ and the righteousness of Christ is imputed to the sinner. Protestants often talk about being “clothed in the righteousness of Christ”. Sometimes they say “Jesus’ righteousness is credited to our account and our sins are credited to his account”.

The key thing to note about all of this is that it is entirely forensic: justification consists of a simple legal decree where God says to the sinner “you are righteous” and he says to Christ “you are sinful”, despite the fact that both of these declarations in no way correspond with the reality of the situation: Jesus is still inherently sinless and the sinner is still inherently totally depraved.

In this way, Protestants understand that those who are justified are intrinsically sinful, as they are still vile, totally depraved sinners, and yet they are externally righteous, because they are clothed with the righteousness of Christ, and this is what the Heavenly Father sees when he looks at them.

However despite being intrinsically righteous, the Justified person is still living in a fallen creation and as such they are subject to concupiscence and temptation from the flesh, the world, and the Devil. So even though they are intrinsically righteous, they are not impeccable: they are still able to sin. And sin they do. This sin does not detract from their intrinsic righteousness, however it does lead to their soul being damaged and mangled. Their sins externally cling to their soul, and must be burnt off (or “purified”) in purgatory before they are able to ascend to heaven. It is important for protestants to note that someone who is in purgatory is already justified, it is not a second chance at salvation and it is not salvation by works: it is simply the burning away of extrinsic sin that clings to a persons soul.

So Catholics understand that we are intrinsically righteous as the righteousness of Christ is poured into our souls, however we are also extrinsically sinful as the effect of our sins is to damage our soul as they cling to it.

In this way both Catholics and Protestants can affirm “Simul Iustus Et Peccator”, despite having fundamentally different ways of approaching the formula.

The protestant understanding of Justification is black and white: Either you have been declared righteous or you haven’t. In comparison the Catholic understanding is more fluid: Someone can be “made righteous” to a higher degree than someone else. In the Catholic account, the righteousness of Christ is progressively poured into a soul more and more over that persons lifetime. However when they die the opportunity to grow in righteousness ceases. When the soul ascends to heaven, it receives a reward that is directly proportional to how much righteousness it had accrued during life. In this way there are different levels of reward in heaven, with Mary and Jesus receiving a maximal reward and people like Hitler (assuming he was saved) getting an extremely low reward.

In comparison, Protestants tend to get squeamish when talking about there being different levels of reward in heaven. The general sentiment among protestants is that we will all be infinitely happy and satisfied in heaven, and therefore talk of different rewards is useless.

Protestants sometimes complain that the Catholic account of justification is just salvation by works. This is of course a total misunderstanding. Catholics are saved completely and entirely by Grace (Ephesians 2:8-9), however our level of reward in heaven is determined by our level of righteousness during life, and this is in turn closely tied to the amount of good and loving works we performed while on earth. Works justify us in the sense that works increase our righteousness (James 2:24), and in that faith justifies us and faith and works are inseparable. However the fact that we are saved at all is entirely a matter of Grace, and according to the doctrine of synergism even our works are born of Grace (Ephesians 2:10).

There is a helpful axiom which can be employed to understand the Catholic view: “Every bad thing you do will be punished, and every good thing you do will be rewarded”. In other words: your level of justification leads to a corresponding level of reward in heaven, and the intensity of your “sinful dirtiness” will lead to a correspondingly intense purification in purgatory.

(Go to “Justification as Declaration”)