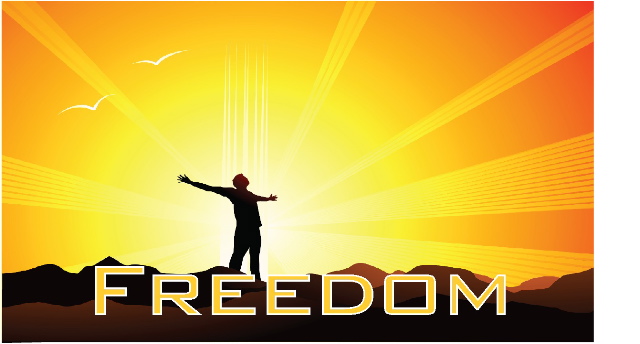 According to these quotes from St Paul, no action is inherently evil and nothing is to be considered a sin in and of itself. “Where there is no law, there is no sin”. And yet the Christian traditions are insistent on the reality of objectively sinful actions that are never permissible. How do we reconcile this?

Sex is not Inherently Sinful

If any of those three conditions aren’t met, the sex is lawful.

Killing is not Inherently Sinful

If those conditions aren’t met, then the action of killing becomes the sin of murder

Theft is not Inherently Sinful

Lying is not Inherently Sinful

Self-Pleasure is not Inherently Sinful

Condoms, the pill and abstinence are not Inherently Sinful

Definition: Self explanatory
Contraception is sinful: Using these things for selfish reasons such as “I don’t want to have kids”
Birth control is not sinful: Using these things for practical reasons and in a temporary capacity. Such as avoiding pregnancy with someone you’re not married to, or avoiding pregnancy at a certain period of time where it would be in-optimal.

Worship is not Inherently Sinful

The kiss, playful and testing at first, then committing to penetration with the tongue. At first I feel surprise, but then dive in and the kiss turned full body as we drew our bodies closer and closer together. We were melting into each other. I was losing my breath, she was losing hers. It was awesome. Her wetting her lips in expectation and tilting her chin back saying “I want this”.

The grope. It was great to play with her erect and electrified nipples and to delicately squeeze her wonderful breasts. It was brilliant to watch her smile and see her look of bliss, to hear her lose breath, hide under the covers, let out little moans, lose control, all just by my love, my fingers and her trust. As she guided my hand beneath her shirt and held it there. All too much. All too good.

Her eye contact, the avoidance of her eye contact. Every now and then she would look at my face, then close her eyes and smile and turn away with a look that said “How did I get here? How did this happen? why did he pick me? How did I end up with this great guy holding me? Who is he?”. The fact that I was so comfortable gazing at her and taking her in while she felt overwhelmed by it in such a positive way.

The little, honest comments I would drop which made her feel special made me feel brilliant, like I was the man. “You’re beautiful” I would whisper, staring into her eyes, and her face would light up as she closed her eyes and turned away, looking as if she was melting under intense love from the manliest man on the planet. The feeling of making a girl feel so special is wild. “You’re lovely”, “So are you”. The fact that she was speechless. “You… There are no words that describe you…”. I felt like The Shit. My love is indescribable? Well thank you lord!

Her attachment. “Don’t leave without me”. Her tracking us back to the flat. “Come have tea with us”. “Come to breakfast with us”. Her stream of text messages! How did I manage to make such an impression on her? If it is the love of God, I can’t stand to see it perverted. By this point, there was all too much pride…

Playing with her hair and hands. Having her draw on me. The physical trust.

The Boundaries Of The Loves 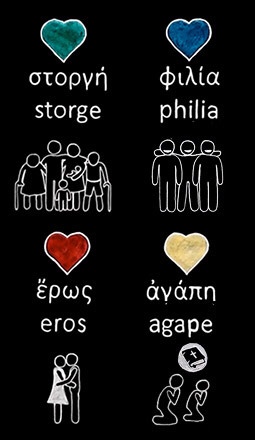 Agape is the best kind of love: it is the kind of love embodied by Christ on the cross, it is the love which lies at the essence of divinity. Agape is a love that we are called to extend to literally everyone – including our enemies. This love has the purpose of producing a just, stable, ideal society.

Platonic love is the love between friends. It occurs between people of any gender. Platonic love is ordered towards the individual enrichment of each of the friends. Friendships may arise and dissolve spontaneously as time goes by.

Romantic love is for committed lovers. The lovers may be of any gender, male/male, female/female or male/female. Speculatively, it may be possible between more than two people at once. This love is ordered towards the vocation or mission of the people involved: they are dedicating their lives to their partners. Vows and formal promises may be made, binding the partners together. In principle, these relationships are dissolvable, however this requires official process and dispensation, and ideally the promises are adhered to for an entire lifetime. 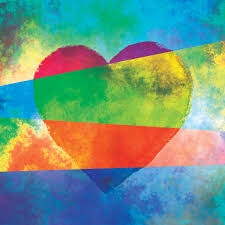 Implications Of These Rules:

Same-sex marriage is possible so long as you don’t call it marriage and the couple doesn’t have sex.